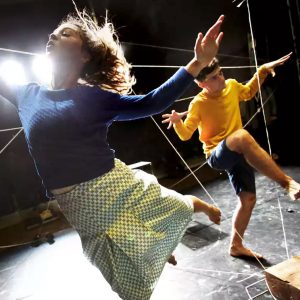 In September 2004, during a school hostage drama in Beslan, the greatest of evils (terrorists) chose the greatest good (a group of children) as their victim. Us/Them is not a straightforward account of this terrible drama, but is about the entirely individual way children cope with extreme situations. With humour and a matter-of-fact approach, it contrasts the views of children with those of adults. Brussels-based BRONKS is one of Belgium’s leading theatres for young audiences. A lightness of story-telling, breathtaking scenography and a strong cast creates a thrilling theatrical experience not to be missed.