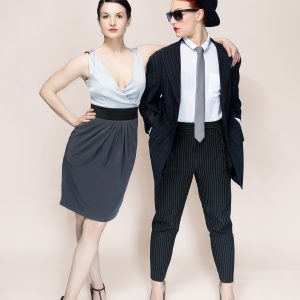 Please note at points during the show performers will be naked

Men have all the power. John and John keep hearing people say that men have all the power, but it doesn’t feel like that to them. Abbi and Helen are making a show about Man and men. Because we all need to pull together now. We want to talk about masculinity and patriarchy but the words that exist aren’t good enough. So there’s music and dance too. Fringe First winners 2010 and 2011 return with a playful new show about gender and language. Two women play two women playing two men.