Show and Tell With Ross Sutherland 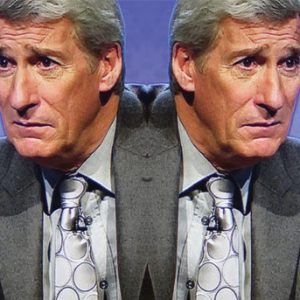 This performance has been cancelled

A television journalist and a politician clash live on-air. What begins as a traditional television interview slowly unfolds into a waking nightmare. A trap has been set: which side will walk into it?

Party Trap is a darkly comic story set in the near future, told entirely in palindromic form. It’s the debut play by Standby For Tape Back-Up and BBC Radio Four star Ross Sutherland.

"One of the stand-out shows of the Fringe this year"

The Stage, on Standby For Tape Back-Up