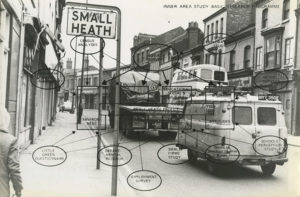 This year’s visual arts programme focuses on the artist as Noisemaker, looking at the artist’s role as communicator, acting at times as mediator or agitator in the imparting and exchanging of information. The arrest and subversion of sound, dialogue, gestures and text come to the fore, with installations centred on the position and tools of the artist in communicating and creating experience. 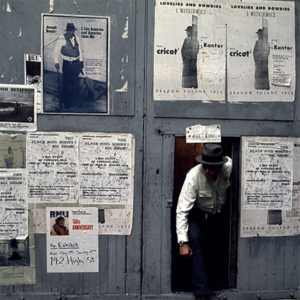 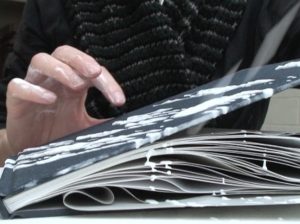 Laure Prouvost presents a series of video works focusing on the relationship between the physical body and the spatial limits of the screen. These individual works spill and react against one another to form surreal narratives that play with truth … 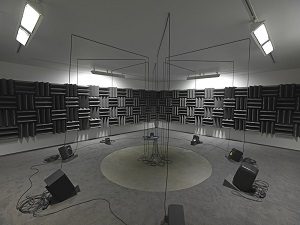 Haroon Mirza has won international acclaim for installations that test the interplay and friction between sound and light waves and electric current. 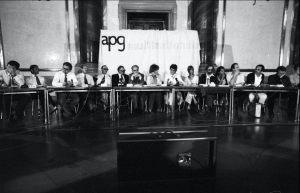 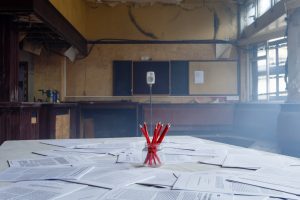 Mark Fell’s Installation draws from interests in geometry, time, technology and the self, and how these shape and sustain one another 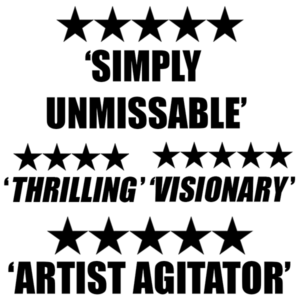 OMG, this ingenious brand new best-ever installation by dynamic, polymath, “artist agitator” Tamsyn Challenger is housed in the spectacular, cavernous, intuitive basement space at our world famous venue Summerhall. A concept such as ‘Hyper Bowl’ comes around once in a lifetime and … 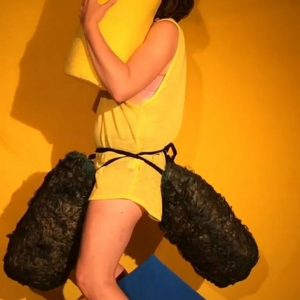 - The Room Under The Stairs

Grounded in sculptural performance, the duo Pester and Rossi create installations and live works that question interaction and social behaviour, challenging perceptions of the everyday. The artists incorporate outlandish DIY costumes and props, working with an anarchistic and feminist approach, …